To feel safe and warm on a cold wet night, all you really need is soup.~ Laurie Colwin

It has been a cold rainy day here.  We may get two to four inches of snow tonight.  So, what could be better than soup made in the new slow cooker that needs to be christened?

As I have said before, I am a rabid collector of cookbooks.  My newest addition is Slow Cooker Revolution by the editors of  America’s Test Kitchen.  They spend hundreds of hours testing and retesting recipes; and since it has been years since I used a slow cooker, I decided to make a recipe that was sure to be good.

I had butternut squash on hand so, with the purchase of some Kale and bacon (who doesn’t love bacon), I could make Butternut Squash Chowder. 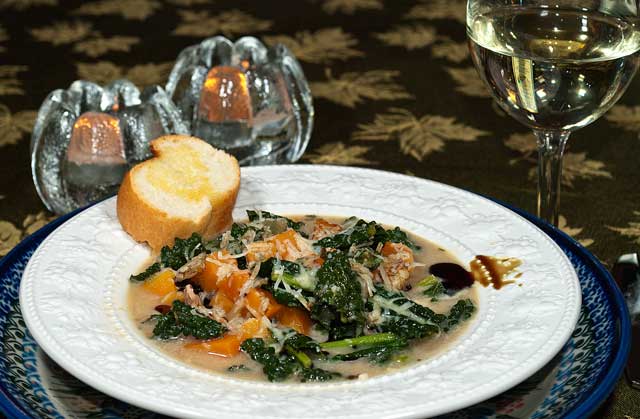 My beloved husband was ready to take photographs so I got started. Since the new crock pot has an insert that can be used directly on the stove top, I diced my uncured bacon and dropped it in the pot heated over medium high heat.  As an aside, I always use uncured bacon since I try to reduce the amount of nitrates in my diet.  An informative article about the difference between cured and uncured bacons can be found at Livestrong. 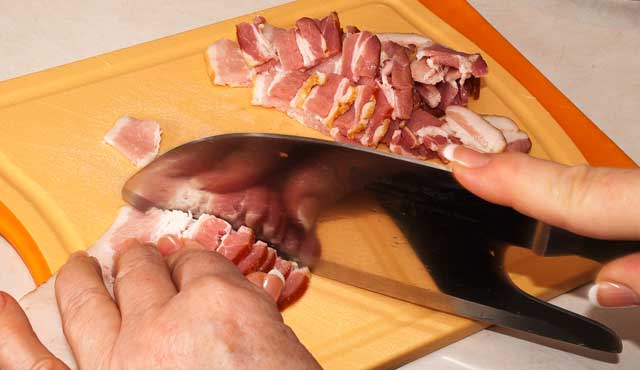 After cooking about 5 minutes, add the diced onion, garlic, thyme and nutmeg. Cook this mixture for 8 minutes.  Then, stir in flour and scrape up the brown bits on the bottom of the pot.  Stir in 2 cups of the chicken stock and mix together.  Note:  if you are browning is a separate pan, this is the point where you add the  mixture to your slow cooker. 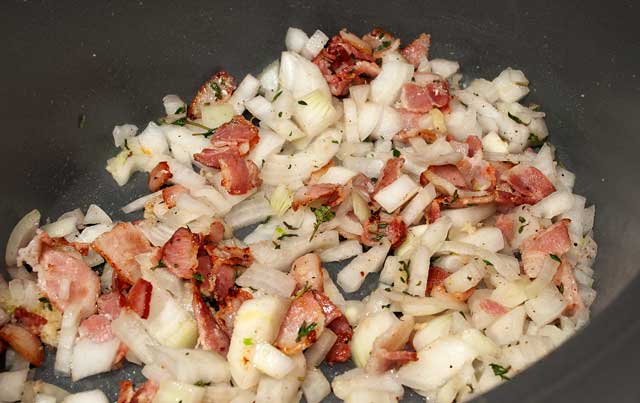 Stir in the remaining chicken stock, vegetable stock, half of the squash and the bay leaves.

In a separate bowl, toss the remaining diced squash with oil, salt and pepper.  Wrap in an aluminum foil packet.  Lay this packet on top of the ingredients. Cover and cook for 4 to 6 hours on low. 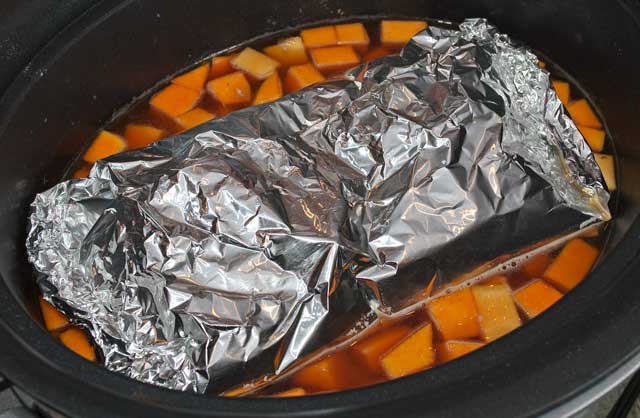 After 4 to 6 hours, remove the foil packet.  Discard the bay leaves and stir in the kale.  Cook on high, until the kale is tender, 20 to 30 minutes.

Open the foil packet and stir the squash and juices into the soup in the crock pot.  Combine the cream, sage and brown sugar and add to the soup.  Heat through for about 5 minutes.

Serve with additional grated nutmeg, parmesan cheese and, my addition, a drizzle of pumpkin seed oil or olive oil.

From Slow Cooker Revolution by America's Test Kitchen. A rustic chowder with bacon, squash and kale

Patricia Rio
This entry was posted in Entrées. Bookmark the permalink.