“Had I but a penny in the world, thou shouldst have it for gingerbread.” ~ William Shakespeare

The earliest form of gingerbread can be traced to the ancient Greeks and Egyptians. It reached Europe by the 11th century when the crusaders brought spices from the Middle East.
Gingerbread takes several shapes.

As a cookie is it known as pierniczki in Poland, pryaniki in Russia, pepparkakor in Scandinavia and speculaas in Belgium and the Netherlands. The Germans like a soft version of gingerbread known as lebkuchen.
As a cake, it is dark and spicy; and it is known as piernik in Poland and pain d’epices in France.
Gingerbread is also baked into wonderfully decorated houses during the Christmas season.
No matter how you eat it, Gingerbread is a traditional holiday treat. 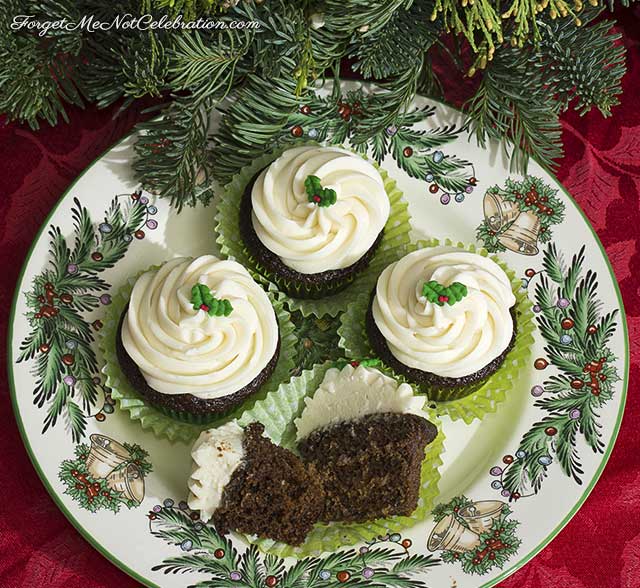 I like moist cakes so this recipe from Epicurious is perfect. It is an adaptation of a seasonal favorite served at Gramercy Tavern.
I baked the recipe as cupcakes rather than a cake. It makes 24 average sized cupcakes. 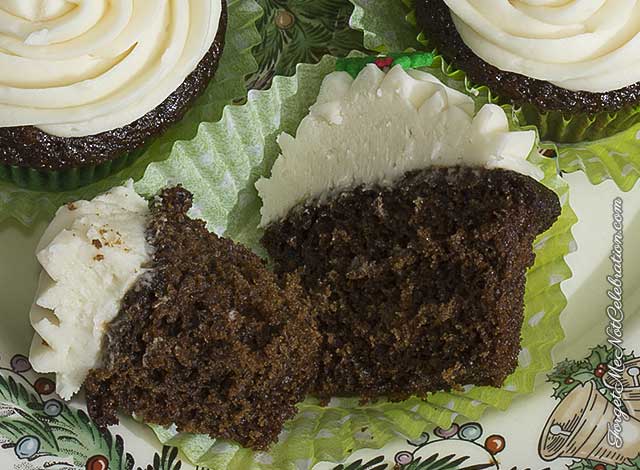 I wanted to plate some of the cupcakes in champagne flutes so I baked 12 mini cupcakes and 18 average sized cupcakes.
Each champagne flute was filled with red and green M & M’s. A mini cupcake was placed on top of the candy; and a cupcake sparkler was inserted into each cake. It made a fun festive presentation. 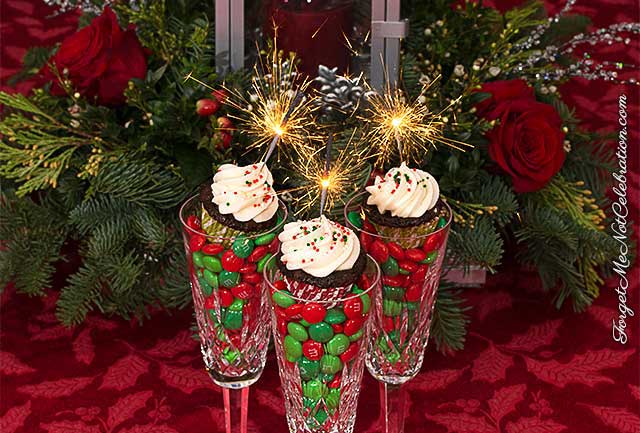 The cupcakes were frosted with Cream Cheese Frosting. 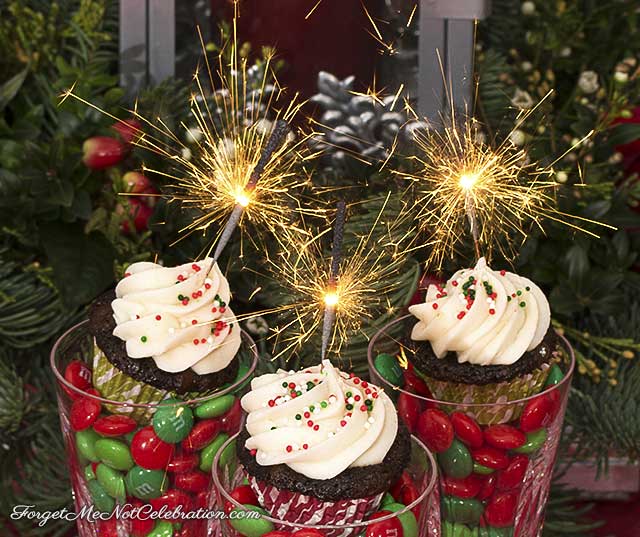 Patricia Rio
This entry was posted in Desserts. Bookmark the permalink.