Weekly Tip: The Role of Fats in Baking.

How Fats Are Used In Baking

I love butter, the liquid gold of desserts. Everything tastes better with butter. However, every health professional tells us to limit our fat intake.  I don’t wish to challenge them on this point; but I like Julia Child’s point of view (everything in moderation) better.  Plus, she lived to be 91 years of age. That works for me.

I can’t imagine a world without pastries, cakes and pies.

But, I’ll get back on track and discuss the role of fats in baking. 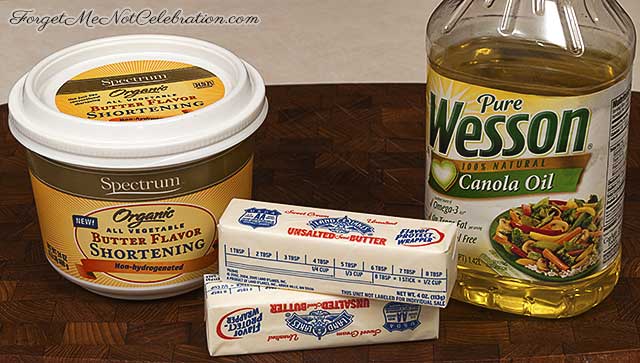 If we start at the beginning, fats are either solid such as butter, margarine and shortening; or they are liquid such as oils. Fats have the following role in baking:

Since creaming is critical to the baking process, I’d like to discuss the science behind it.

When solid fat is beaten with sugar, known as creaming, the sugar crystals cut the fat, creating air bubbles in it.  The air bubbles trap the carbon dioxide that is released by baking soda or baking powder when these leaveners are moistened.  This causes baked goods to rise.

How to cream butter properly: 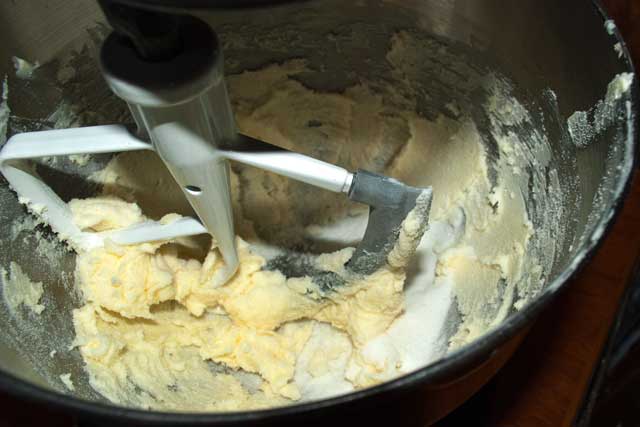 The following are the most commonly used fats in baking. 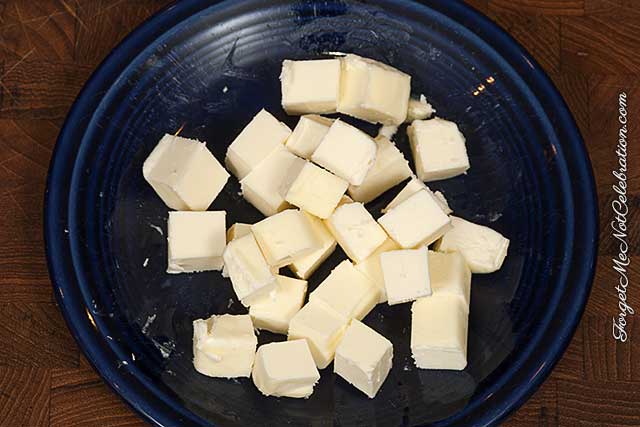 Butter is about 80% butterfat in the United States and 85% in Europe. The remainder of the butter is water that becomes steam during the cooking process, thus assisting leavening.

When flavor is critical, butter is the chosen fat.

Shortening was invented in the early 1900’s.

It is a hydrogenated fat.

Its flavor is not as good as butter.

Margarine is made from hydrogenated vegetable oil with milk added.

It tastes better than shortening but not as good as butter.

You can’t cream with oil because it doesn’t trap air bubbles.

It provides a great deal of moisture to baked goods.

Here’s to the delicious flavor that butter adds to baked goods.

Patricia Rio
This entry was posted in Weekly Tips. Bookmark the permalink.